Haaland will have the pick of Europe’s elite sides to choose from this summer, with Manchester United, Chelsea, Liverpool, Bayern Munich, Real Madrid and Juventus also interested in signing him. (ESPN)

Real Madrid hope Gareth Bale’s upturn in form at Tottenham will make it easier to offload the 31-year-old Wales forward on a permanent deal in the summer. (Mail)

The agent of Arsenal striker Alexandre Lacazette has offered the 29-year-old France international to Atletico Madrid, Barcelona and Juventus. (Calciomercato – in Italian)

Uruguayan striker Edinson Cavani, 34, has decided to leave Manchester United at the end of the season and sign for Boca Juniors. (Ole – in Spanish)

Arsenal will reportedly move to sign former Aston Villa defender Jordan Amavi on a free transfer this summer when the 26-year-old’s contract expires at Marseille. (Star)

West Ham captain Mark Noble has agreed a new one-year contract. The 33-year-old’s current deal expires at the end of this season. (Standard)

Norwich have already approached Tottenham about extending the loan of England U21 midfielder Oliver Skipp, 20, to the end of next season. (Football Insider)

Celtic have offered a pre-contract to Wigan Athletic striker Kyle Joseph, 19, as they look to fend off growing interest from Tottenham. (Football Insider) 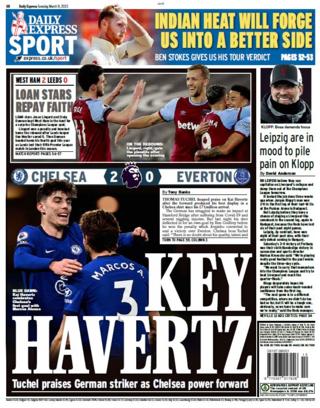