Earlier this year, Elikem after his breakup with Pokello, made his new relationship to a rich South African woman public, when he shared loved up shots of them in Dubai with a sweet message. 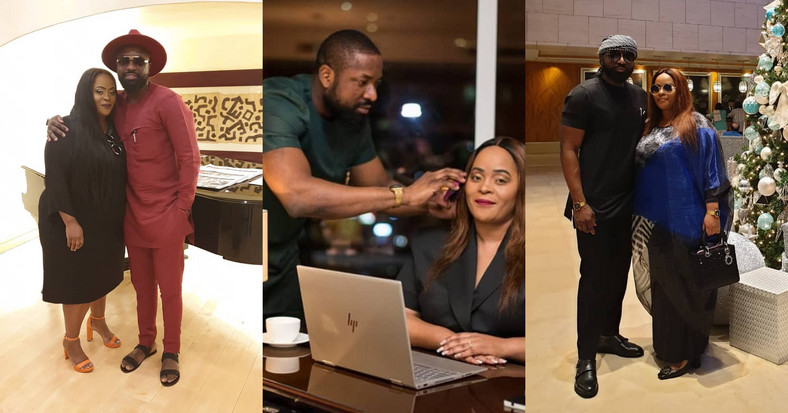 However, in new updates, Elikem has gone separate ways with the well-endowed woman known as Queen Dee and he is now allegedly warming the bed of Rachel Florence Appoh, a former Ghanaian MP for Gomoa Central Constituency.

The Tailor’s secret affair with the former Deputy Minister of Gender, during the erstwhile NDC administration, was made public by Afia Schwarzenegger and reacting to that, Hon. Rachel mentioned that the Comedienne was only paid by Elikem’s jilted sugar mummy to destroy them. 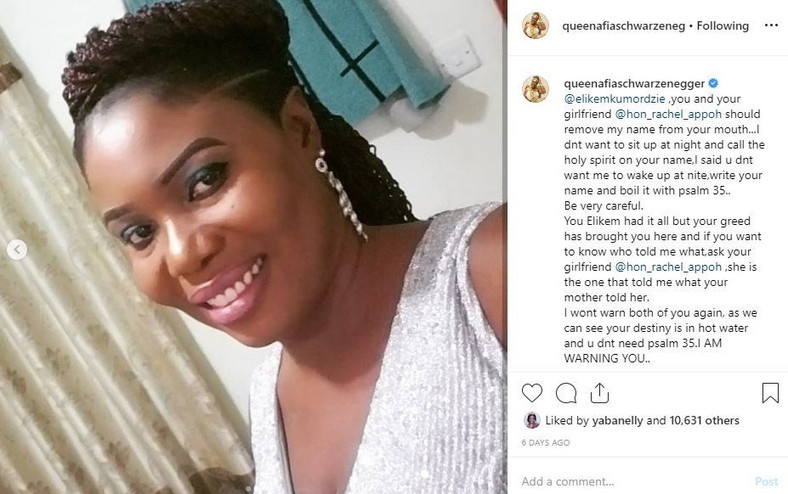 The two women have since been shading each other in a number of Instagram posts and the man himself has now broken his silence on the issue. Elikem, in answering a fan, who asked him about his sugar mummy, has confirmed that they have broken up as he also revealed she has financed his flagship store in East Legon.

“No doubt that Edith came into my life and help came from her, she paid part of the rent for my East Legon flagship store, not to further my career though, and like every business, everyone needs a push and she offered to help, was I stupid to accept?” Yen.com.gh quoted him to have said on social media.

Talking about his relationship with the former, pulse.com.gh, has seen a comment by Elikem in which he denied dating her unlike Afia Schwarzenegger mentioned. In his statement, the actor said that they both only worked on a series produced on UTV.

See the screenshot below. 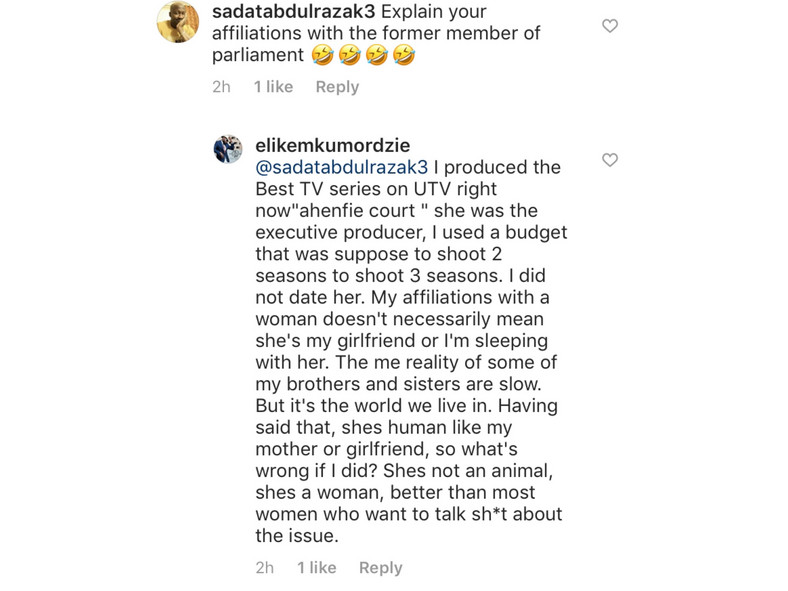 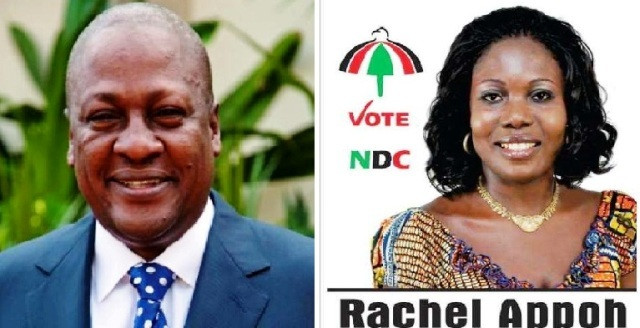