Sarkodie features Ebony Reigns on a new song in his Alpha E. P

Making the announcement on social media, Sarkodie revealed he has titled the E.P “Alpha”. According to the rapper, the musical project is only to serve as an appetizer before releasing other works this year.

“SARKNATION Sorry for the wait but we had to get things right… “ALPHA” a five-track tape will serve as an appetizer before the main projects for 2019,” he wrote on Instagram.

READ ALSO: Stonebwoy gunning to the top; heads to a Kenyan concert with Morgan Heritage

The track list for “Alpha” has also been released and one of the songs titled “Odo” features the late dancehall singer, Ebony Reigns. 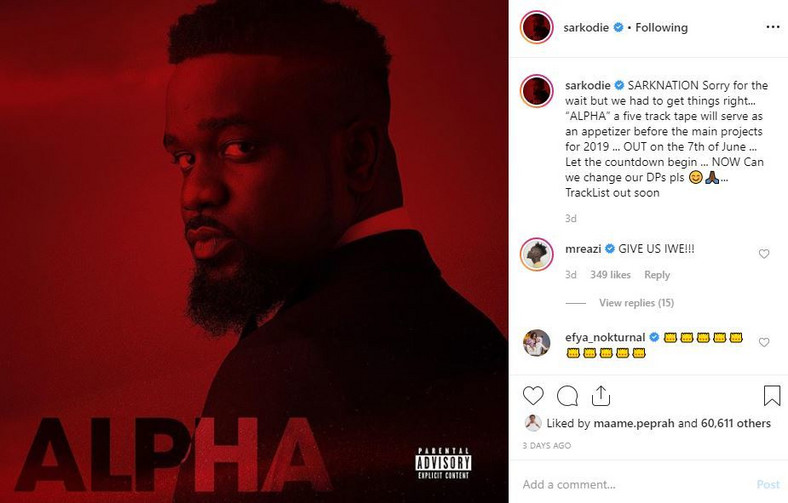 Before the “Kupe” singer’s sudden demise, she was spotted in the studio with the 2019 VGMAs Artiste Of The Decade, and finally, fans will hear the magic created they created in the studio.

The “ALPHA” E.P will be out on the 7th June and it also features Ghana’s Joey B on another song titled “Legend”. See the tracklist below. 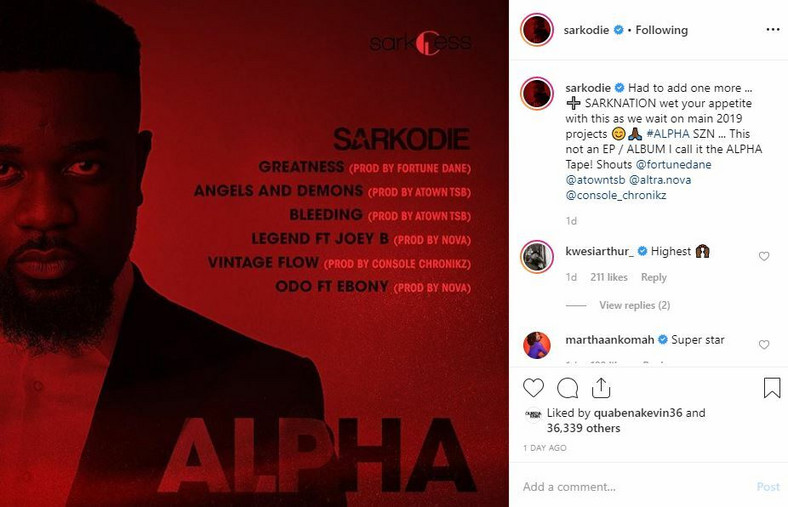 REPORT: It’s officially over between Stonebwoy and Zylofon Music

Climate Change: Are we passing some key ‘tipping points’?