Music industry can survive without Shatta Wale and Stonebwoy – Obour

President of the Musicians Union of Ghana (MUSIGA), Bice Osei Kuffour, popularly known as Obour, believes the music industry can survive without Shatta Wale and Stonebwoy.

According to him, the Ghana music industry has seen better musicians in the past than the two dancehall artistes. 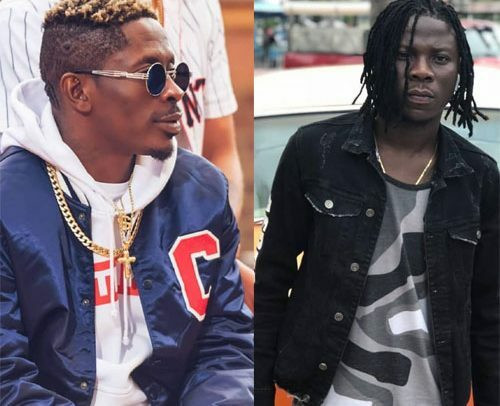 “The music industry can do without Shatta Wale and Stonebwoy because they are not the only musicians in Ghana. There have been musicians before these two artistes who achieved more than them,” Obour told the Daily Graphic.

The two dancehall artistes have been in the news following their roles in the disturbances during the 2019 Vodafone Ghana Music Awards (VGMA).

Last 20th edition of the VGMA was marred by a brawl between Stonebwoy and Shatta Wale on the stage.

Stonebwoy beat his rival to win the coveted Reggae/Dancehall Artiste of the Year award, but the aftermath proved to be chaotic.

The “Shuga” hit maker was, however, interrupted by Shatta Wale and his entourage while he mounted the stage to receive his award.

This sparked chaos on stage, with Stonebwoy captured on camera pulling out a gun during the brawl.

Both artistes were later detained by the Police, but have since been granted bail at a cost of GHc 50,000 with one surety each.

Meanwhile, Shatta Wale and Stonebwoy have both been indefinitely banned from the VGMA by the scheme’s board.

Two female loos for every male one, experts recommend – Herald

Two female loos for every male one, experts recommend – Herald

Stonebwoy and Sarkodie working on a new song together?

We’ll Grow Babies in Artificial Wombs “In a Decade” – Herald

2020 Total Futsal AFCON: “This is the happiest day in my life”- Coach Carvalho