Reportedly, over some issues relating to Ghana’s squad for the AFCON and who captains the team, the all-time blackstars top scorer, has announced that he has hanged his boots over some disagreements with the coach’s decision.

The news received national attention, forcing H.E Nana Addo, to intervene and ensure Asamaoh rescinds his decision. The striker, in an Instagram post, has stated that he has listened to the President, therefore, he has called off his National retirement.

However, GhOne TV’s Nana Aba Anamoah is quite unhappy about how things turned around with the President’s involvement, therefore, she is calling the first gentleman of the land to rather focus on issues that have economic value. 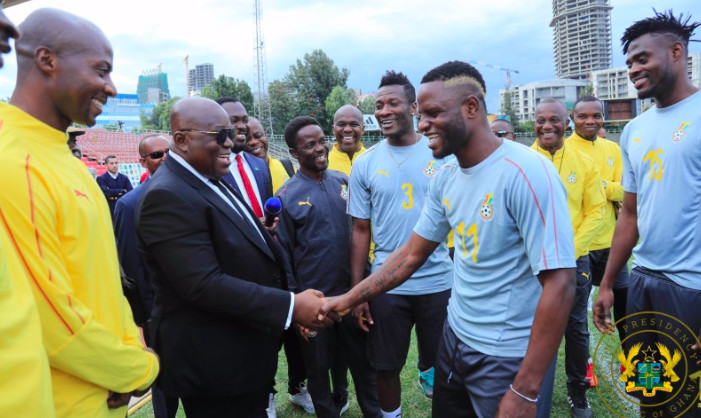 She cited people being homeless with others who are starving due to poverty, as some issues the President needs to address as well. She made the comments on her Twitter page. See a screenshot below. 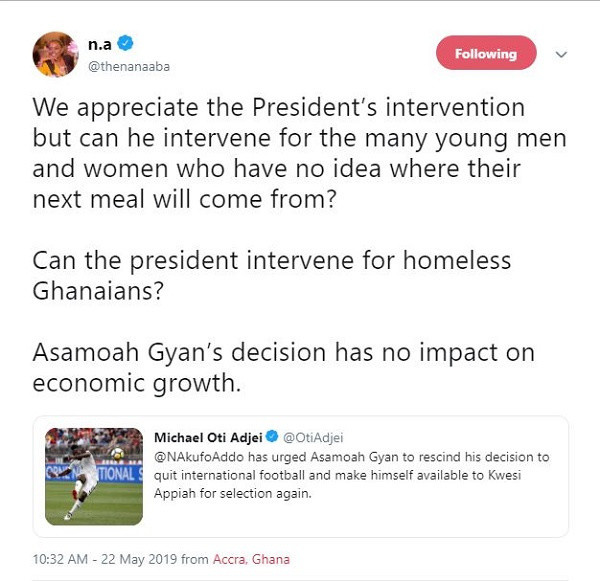 U.S. to deploy large number of forces to Saudi Arabia

Africa Cup of Nations: Cameroon 2021 dates “to be decided”

Russia will face 'consequences' if Navalny dies – US