The Nigerian two acts have been rumoured for long, to be having something lovey-dovey going on between them but both deny it, tagging their relationship as just that of best friends. 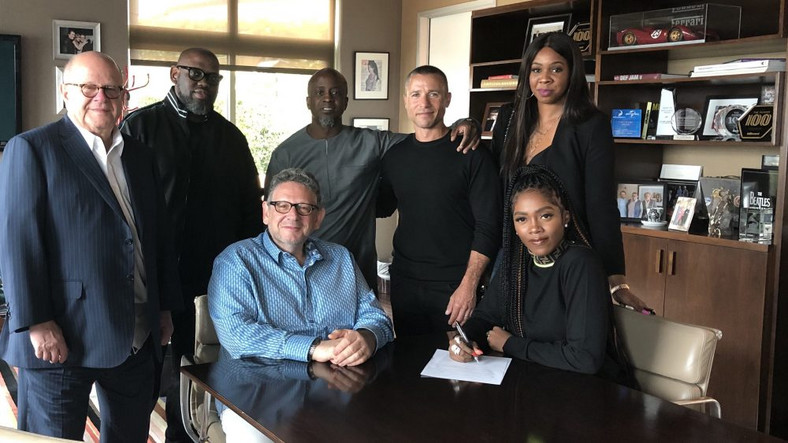 However, apart from the “My Darlin” singer, surprisingly showing up at a concert of the “In My Bed” singer in the U.K, the gossip gained momentum on social media after Tiwa featured in Wizkid’s “Fever” music video as a vixen, where they were filmed fondling each in explicit scenes.

READ ALSO: Everybody in the industry hates me, I wish I never had a hit song – Shatta Wale

After creating a buzz with the hashtag “steweverywhere”, less has been heard from the acts but it looks like their best friend relationship, has been going on very well behind the scenes, at least that’s what this video suggests.

In the short tape which has popped up online, Wizkid is seen hitting Tiwa on her butts after which he took a naughty boy run whilst laughing. The 39-year-old songstress didn’t welcome that a*s smash as she attempted to spank the Starboy.

Watch the video below.

Talks between UAW and GM take ‘turn for the worse’: union official

Luanda — The Ministry of Culture, Tourism and Environment (MCTA) on Sunday pointed out the national heritage...