According to Mama Portia, who spoke to Andy Dosty, the rapper was very stubborn and committed to his desire to become a rapper, therefore, inconsiderate of how often she used to beat him, he never changed.

“I had wanted Medikal to become a doctor so initially I fought him a lot. Sometimes I will lock him in the room and be beating him, he even has a scar on his side, one day when you meet him you can ask him to show it to you. He was very stubborn by then” she said during a HItz FM interview monitored by pulse.com.gh.

READ ALSO: The first I smoked weed, 5 rolls nonstop didn’t do anything to me – Wanlov

Medikal’s mother also revealed that the “Omo Ada” rapper was sacked from St John’s Grammer School due to his keen interest in rap.

In recounting the story, she said her son was expelled because a lot of the boys in the school were always following him on campus because they wanted to learn how to rap from him and their movements were disrupting academic studies

READ ALSO: Pamela Odame gives a major hint about the top musician who ‘used’ her

Mama Portia who spoke via telephone interview also added that Medikal was later transferred to Odorgonno Senior High school and he was once again sacked for the reason. However, she said at this time, she had to sweep the whole compound of the school just to convince the headmaster to accept him back in the school. 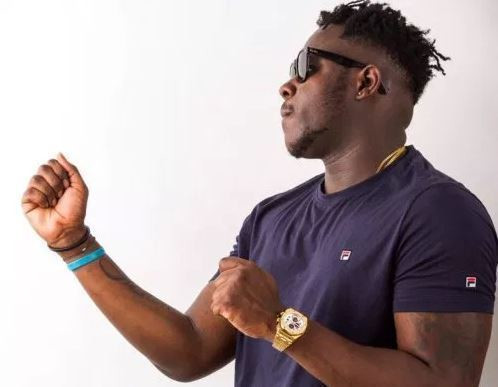 By and large, things seem to be rosy for the rapper and his mother now following his son’s success in the music industry. She also mentioned that, being the prayer warrior that she, she now prays over every MDK song before it’s released.

Speaking about her prospective daughter in law, Fella Makafui, Mama MDK said that she is very aware of their relationship and has met the actress a number times. However, talking about the possibility of the lovers getting married sometime, she said she leaves that to God.

Fight over “skopatomana” - Patapaa vows not to perform the song again

NAM1 is not a scammer; he’ll soon pay every Menzgold customer – Shatta Wale

NAM1 is not a scammer; he’ll soon pay every Menzgold customer – Shatta Wale

I was a personal driver to Reverend Sam Korankye Ankrah - Wanlov

Luanda — The Ministry of Culture, Tourism and Environment (MCTA) on Sunday pointed out the national heritage...