According to some comments by the fans, the zylofon media signed actress, is so fake and Delay should be ready for what she is calling for as they predict she will only come and dish out lies on her show.

Delay attempted shielding her prospective guest from some trolls by disabling the comment section of her post, as some trolls hopped into the comments section to tear down the Kumawood actress.

However, sometime later, Delay enabled the comments section later, where pulse.com.gh sighted some of the comments. “That girl is one good liar and you will see when she comes,” a fan wrote and another added that “that gal can lie for Africa self oooh so Delay be hard”

The actress, nicknamed Empress Dictabee, has, however, express her readiness to be on the show soon, regardless of the thoughts some share about her.

See more from the screenshots below and tell us what you expect from the interview too. 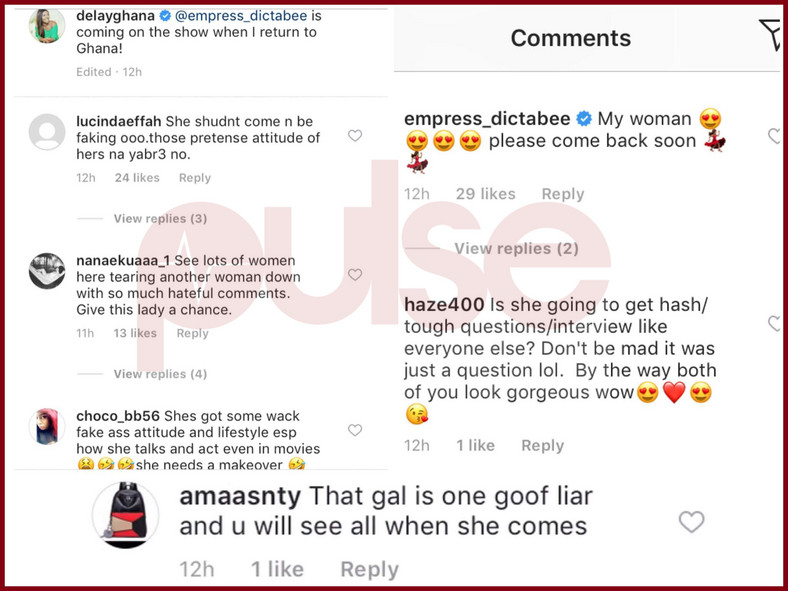 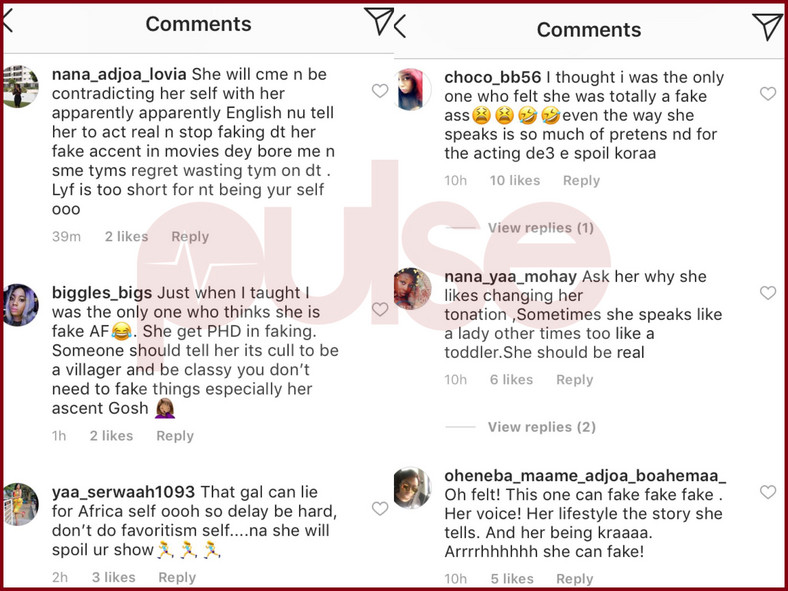 The Abuse Of Steroids – Herald