Efia Odo has denied the reports at countless times in series of videos she shared, saying that those concocting the stories, are only doing it for attention seeking purpose. 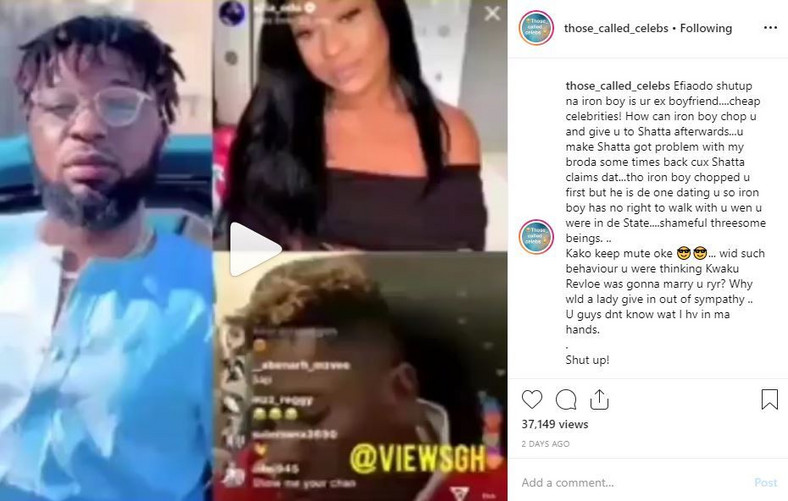 Those Called Celebs jabs Efia Odo over Junior US

The Kwese TV presenter, in some sorrowful posts online, has disclosed she is going off social media because she can’t contain how her name is being tarnished online.

READ ALSO: Blame the current for the poor roads in Volta Region, not the NDC – MzBel to Yvonne Nelson

However, the rumours in which Efia has been caught up in seems to be one of humour for Fella Makafui who took to Instagram to throw some shades, which may be targeted to her colleague actress.

Fella Makafui and Efia Odo broke the internet in February 2018, with their beef after the latter exposed the former for sleeping with affluent men for the cars and other goodies.

READ ALSO: Delay offers Pamela Odame a schorlaship to go back to school

Probably paying back Efia with her coin, Fella wrote “do unto others what as would have them do unto you” Medikal’s girlfriend also added another post saying that “the whole world will know the real u … you no see anything yet”. 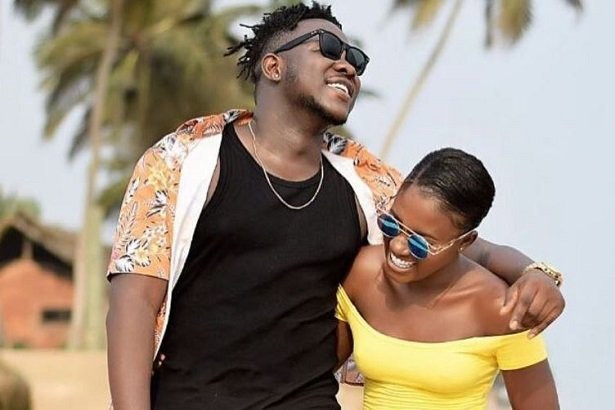 Fella Makfui and her boyfriend, Medikal

However, in a comment sighted pulse.com.gh, Fella said that her shades are not intended to who fans believe she was subtly jabbing though the timing of her posts is an eyebrow raising one.

See the screenshots below and tell us what you think. 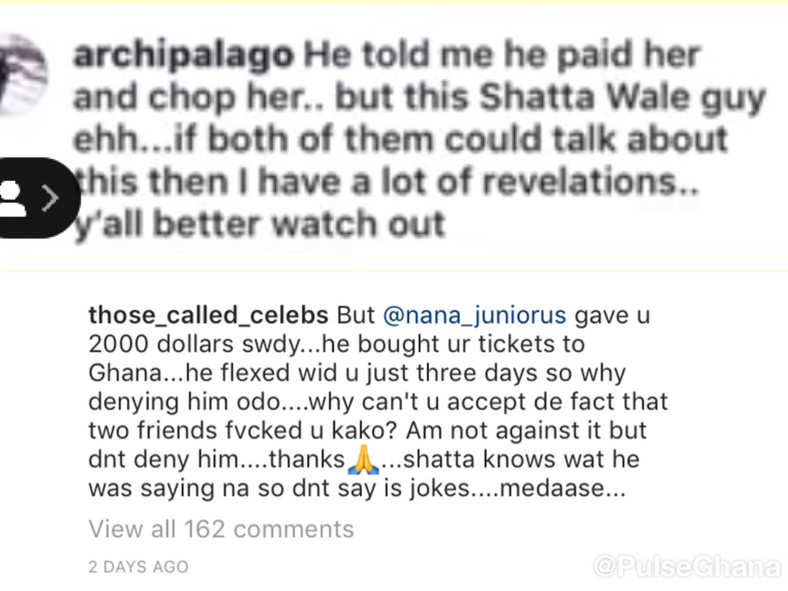 ‘Stars should concentrate on games rather than jama’